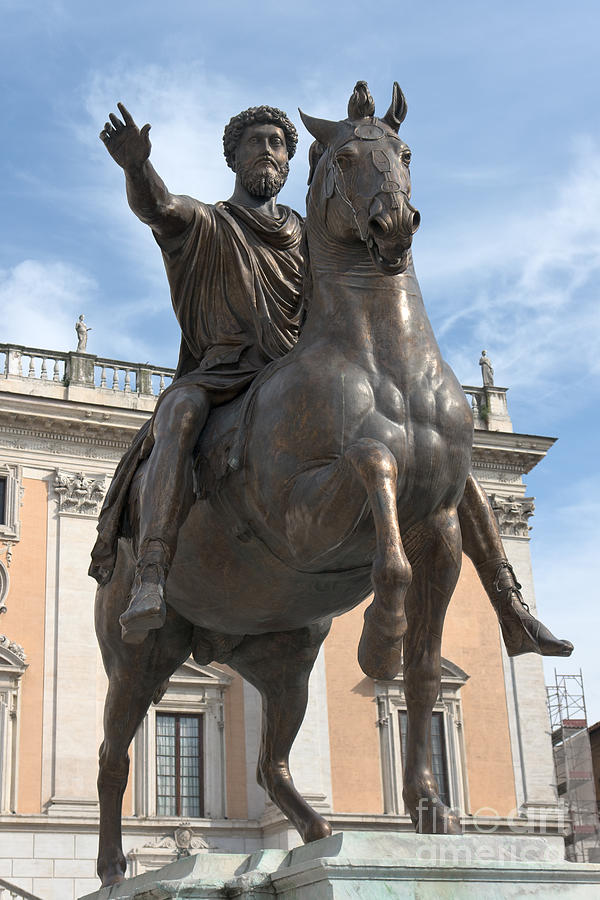 Rome, Italy. The bronze equestrian statue of Marcus Aurelius in Piazza del Campidoglio, on the Capitol hill. Marcus Aurelius was emperor from 161 to 180 aD, the statue was erected in 176. This is actually a modern replica of the original one hosted in the Palazzo Nuovo. The statue survived the Middle Ages because it was thought to depict emperor Constantine. The statue was moved here from the Lateran in 1538 during the rearrangement of the square by Michelangelo.

Congrats on your sale :-)