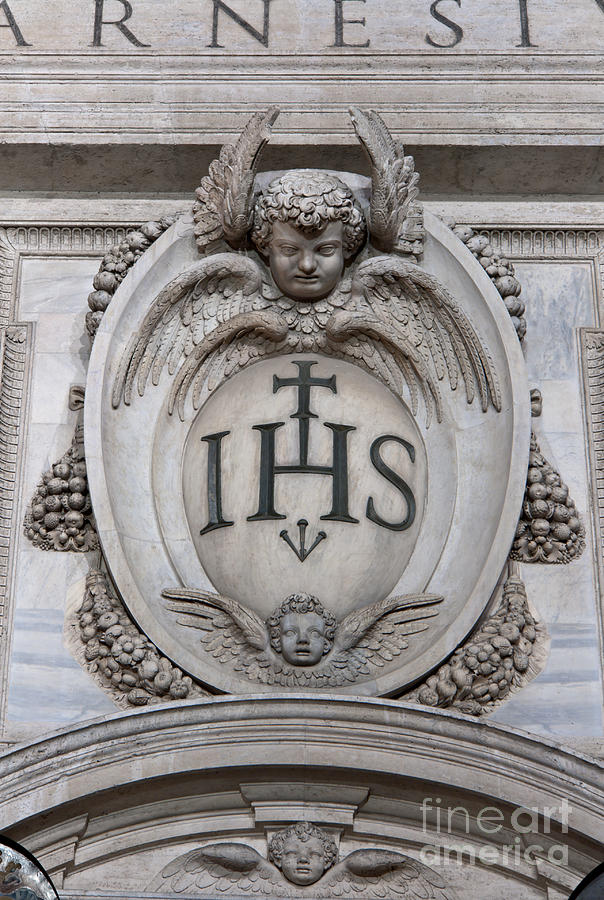 Rome, Italy. The "Monogramma del nome di Gesù", in marble and bronze, by Bartolomeo Ammannati (1574) on the façade of the Chiesa del Gesù in Rome. The Chiesa del Gesù is the mother church of the Society of Jesus (the "Jesuits"). The monogram, actually a trigram, which is the most common Christogram in western Christianity, is also the symbol of the Jesuit order and derives from the three first letters of the name Jesus in Greek (IHSOYS, IHSOYS). Later also interpreted as "Iesus Hominum Salvator" (Jesus, Saviour of Mankind), "Iesum Habemus Socium" (We have Jesus as Companion) or as "Iesu Humilis Societas" (Humble Society of Jesus) (from Wikipedia: Society of Jesus).

Congrats on your sale!!