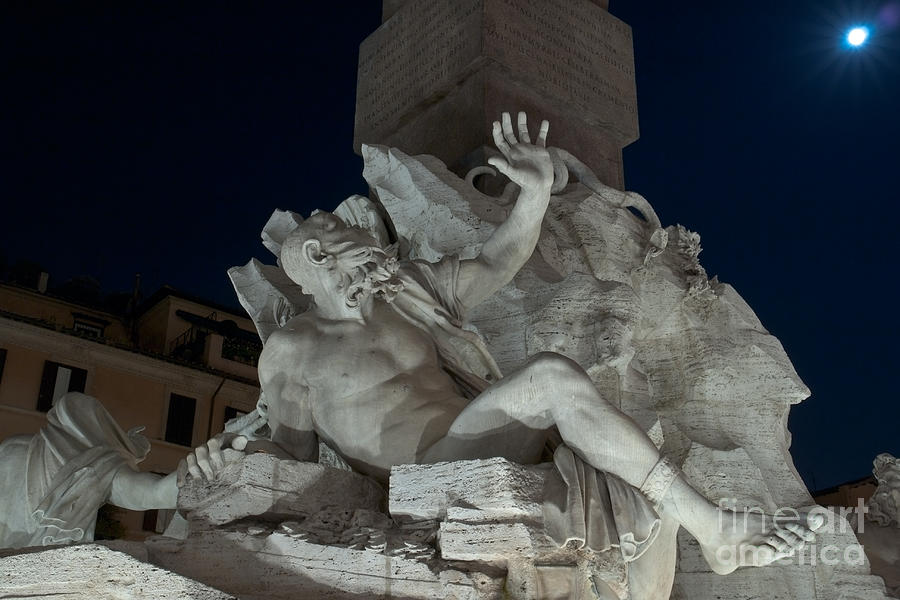 Rome, Italy. Detail of the Fontana dei Quattro Fiumi in Piazza Navona. The two statues (Nile, left and Rio de la Plata, right) gave rise to a legend. Given his rivalry with Borromini who designed the church in front, Bernini would have had the Rio de la Plata raising his arm for fear of the church falling upon him (or just to cover the sight of it) and the Nile would cover his face with a veil not to see the ugliness of the church. In fact the statues were designed by Bernini some years before Borromini took charge of the works for the fa�ade, and the Nile has his face veiled because its sources were unknown. The Nile is by Giacomo Antonio Fancelli, the Rio de la Plata by Francesco Baratta.