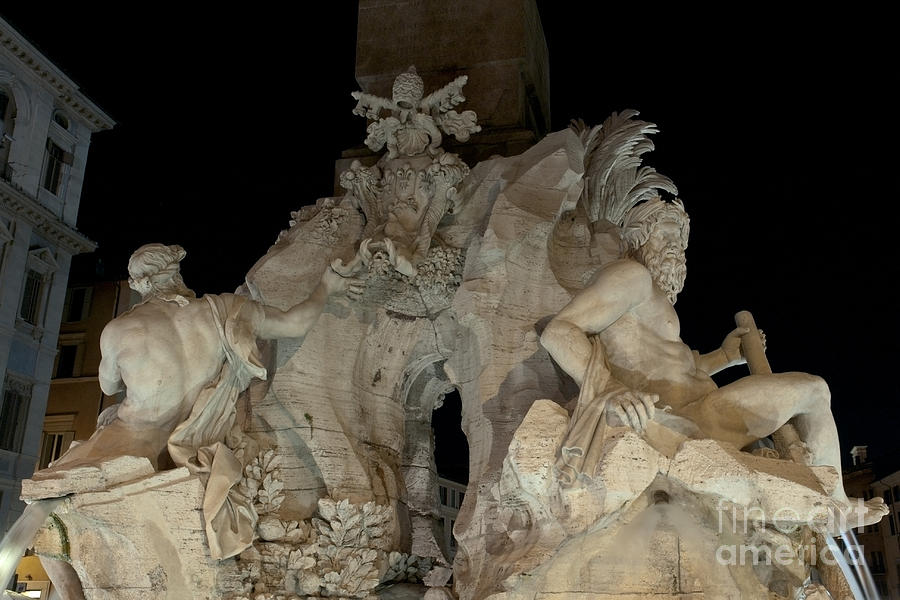 Rome, Italy. Detail of the Fontana dei Quattro Fiumi in Piazza Navona. The four figures represent the four most important rivers known at the time: the Nile (Giacomo Antonio Fancelli), the Ganges (Claude Poussin), the Danube (Ercole Antonio Raggi) and the Rio della Plata (Francesco Baratta). The sources of the Nile being at the time unknown, the Nile is represented with a veiled face. An erroneous popular saying wants the design of the statues as the results of the rivalry between Bernini and Borromini, who designed the church in front. This is totally gratuitous as the fountain was inaugurated in 1651 and Borromini took direction of the works on the church only in 1653. The two rivers visible in this pictures are the Danube (Ercole Antonio Raggi, left) and the Ganges (Claude Poussin, right).