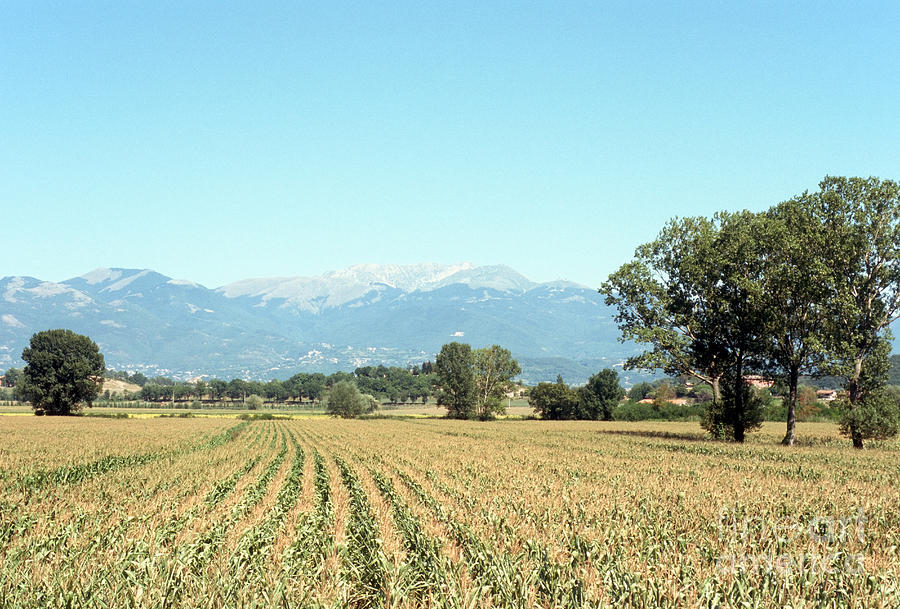 Agrestic landscape in the plain land of Rieti (Regione Lazio, Latium) with maize fields and the Mount Terminillo (2,217 metres, 7,274 ft) massif in the background. Mount Terminillo is one of the highest in the Lazio Region, and is also known as a ski resort and for its car race (mountain uphill race with individual time trial, "cronoscalata Rieti - Terminillo").

The Piana Reatina is naturally a lake. The Romans dried it out and cultivated it. During Middle Ages it became a lake again, so much so that Saint Francis crossed it by boat to go from one to the other of the franciscan communities in the vicinity. In modern times it is again dried out and arable.