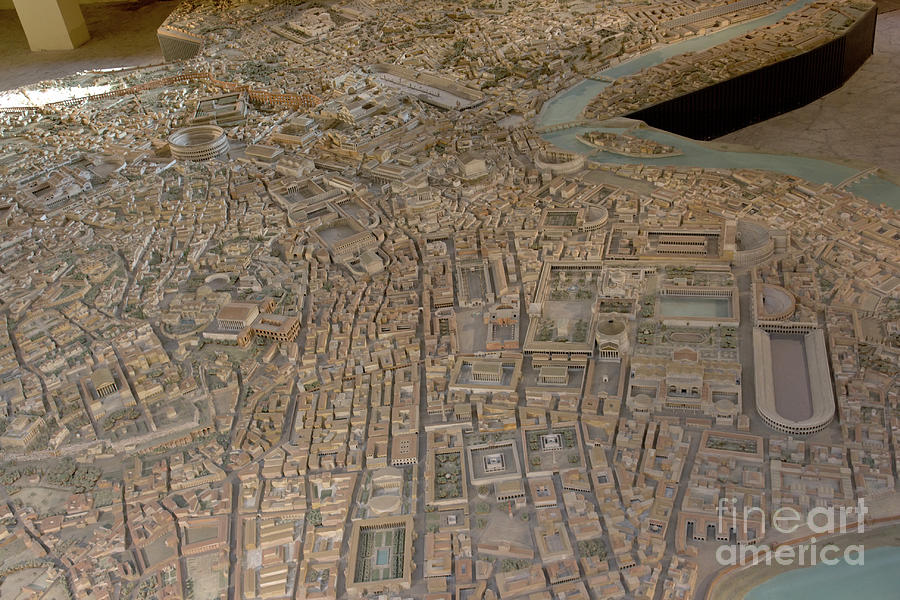 Rome, Italy. Scale model of Imperial Rome at the times of Constantine, in the Museo della Civiltà Romana. The scale model, in scale 1.250, was realized in 1937 and since kept updated with the subsequent discoveries in the field of Roman topography. Rome is almost entirely reproduced (the only missing part is the Regio XIV: Trans Tiberim, corresponding to modern Trastevere). This picture shows the Campus Martius seen from North (the stadion is the Stadium of Domitian), the Imperial Fora at the center of the picture, the Colosseum upper-left.

That is a pretty wild model!