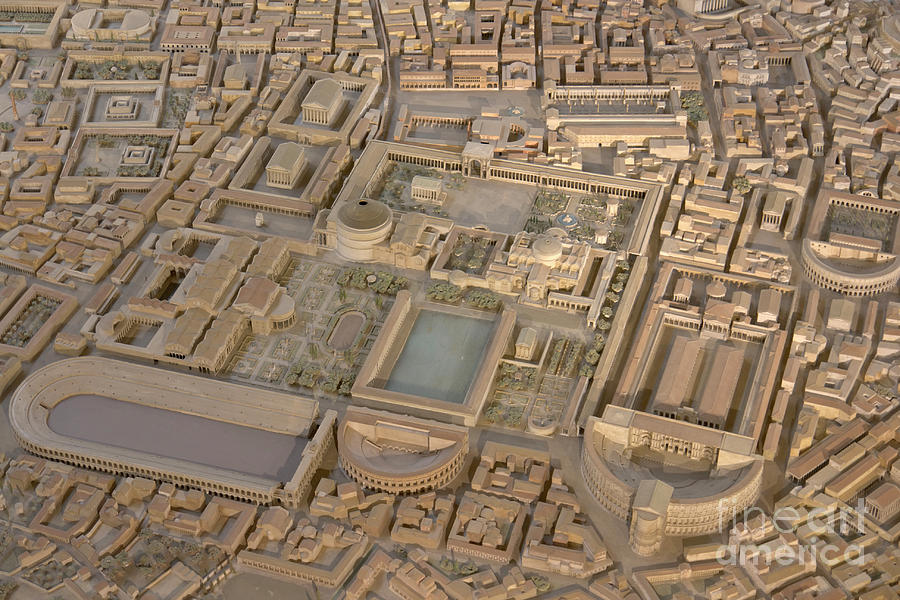 Rome, Italy. Scale model of Imperial Rome at the times of Constantine, in the Museo della Civiltà Romana. This image shows a part of the Campus Martius, in the area with the Stadium of Domitian (nowadays Piazza Navona) and the nearby Odeon of Domitian, on the left, and the Pantheon in the centre. Clearly recognizeable are the "four Republican temples" in the "sacred Area of Torre Argentina", the Curia Pompeii (where Julius Caesar was killed) and the Theatre of Pompey, the first Roman theatre in bricks and mortar. Left of the Pantheon the Baths of Nero (near the Stadium) and the two temples of Matidia and Hadrian, surrounded by a colonnade porch. Right of the Pantheon the Baths of Agrippa and the great open space, the Saepta Iulia.